OMG a day off, happy birthday to me!

So my birthday was on Wednesday and I told Peter that all I wanted was a day off. Â I wanted nothing to do with any children all day and I wanted to go for a motorcycle ride.

I started the day, as per usual, at the Depot Cafe for breakfast. Â Good food and good conversation with Don and Little Bit, two other regulars. Â They’re there pretty much every time we ever go to Depot Cafe; I’m convinced they live there. 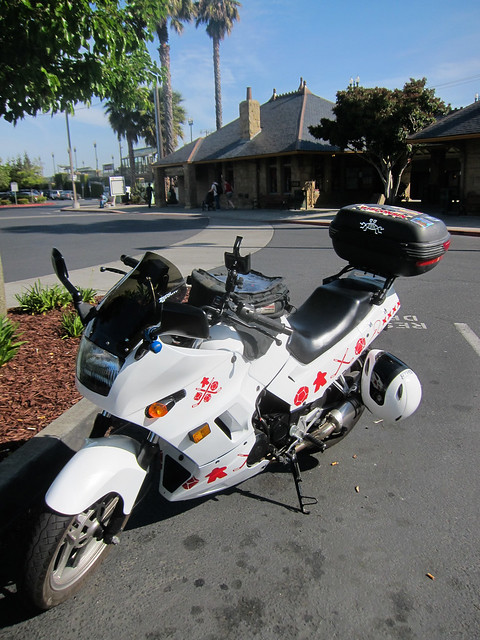 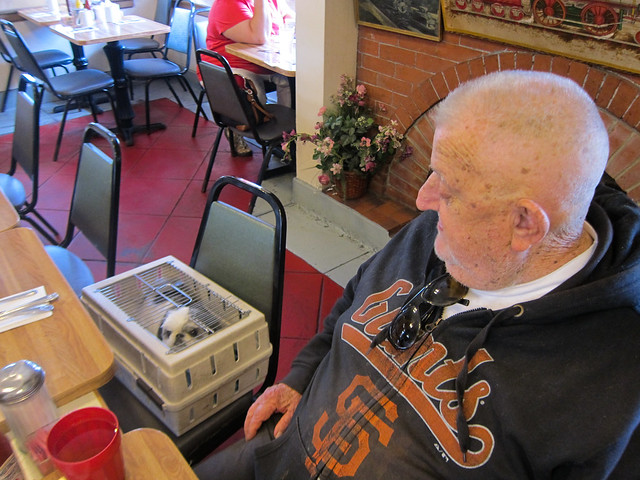 I headed straight over to the coast. Â The Lemos Farm horse was resplendent in its primer today; no horse mural for me. Â Unlike last time, when I found the naked horse unsettling and ghostly, today I found it optimistic and full ofÂ opportunity. Â I’m sure my therapist would have a great time with that. 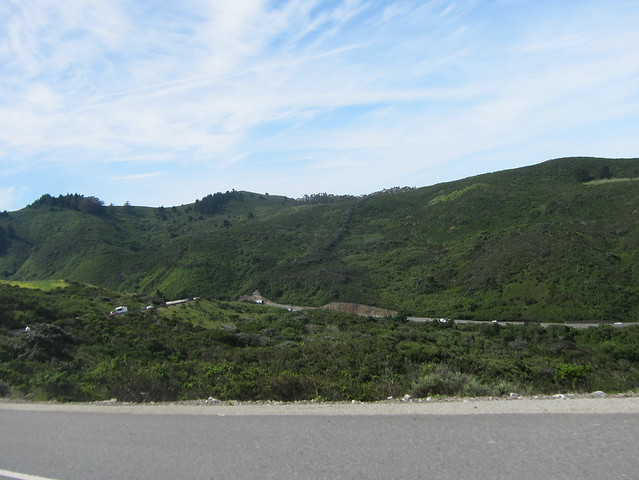 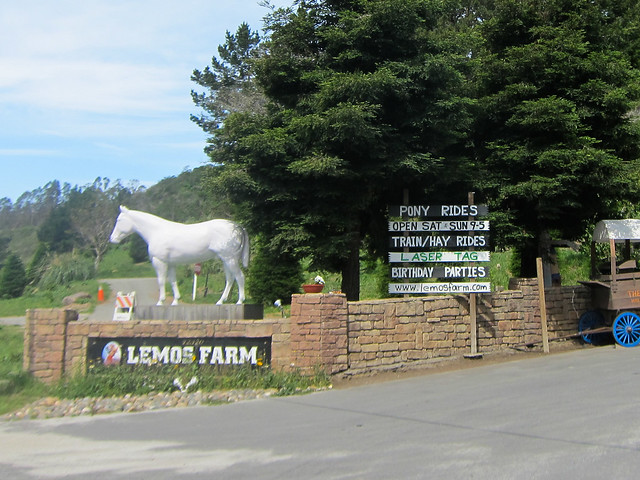 Cameron’s Pub now has a giant replica of a giant pumpkin, because of course it does. 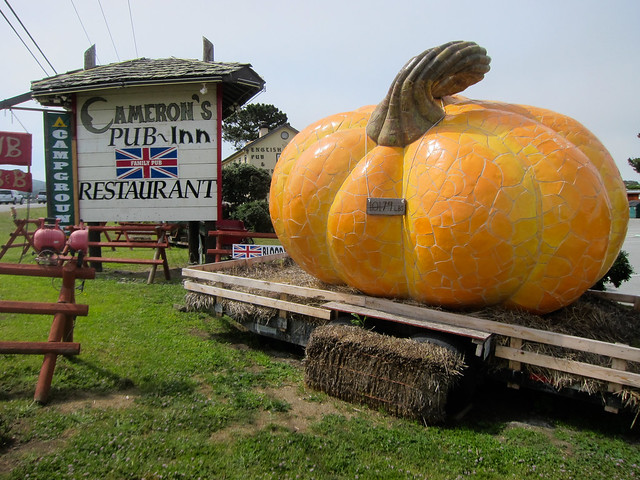 My first stop was along Stage Road to watch the fog roll in. 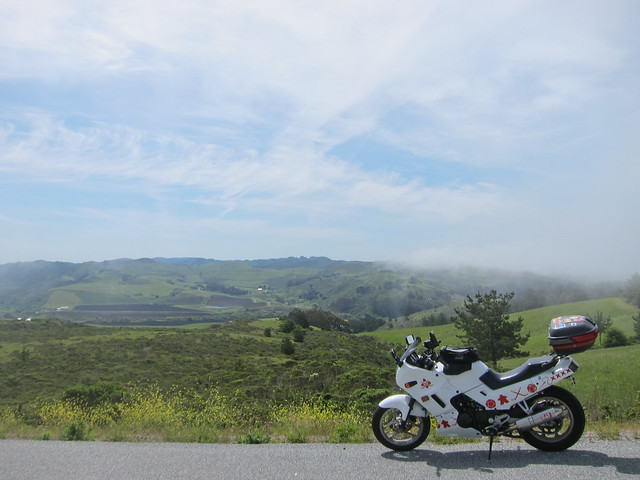 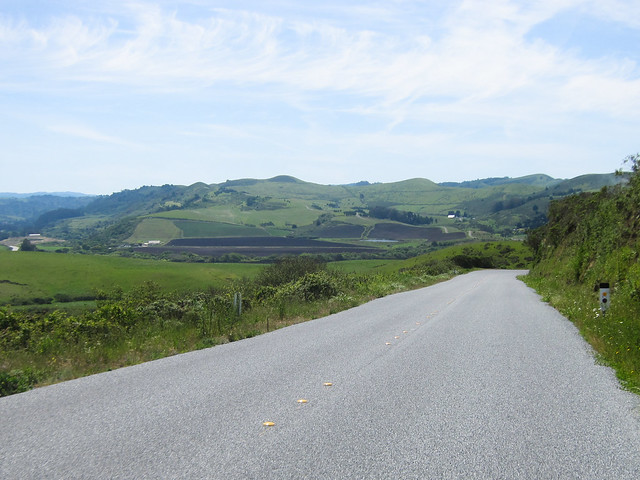 I continued south along the coast, despite the fog. Â It was a gorgeous ride and a fun time despite the falling temperatures (it felt great compared with the 90+ days we had on the Peninsula the last couple of days!). 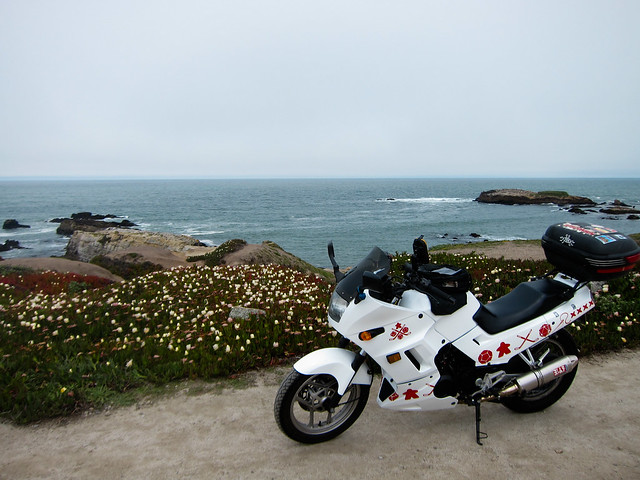 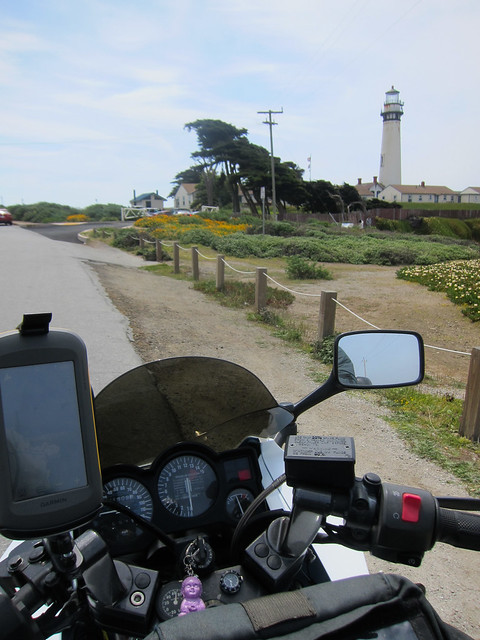 As I was heading towards Davenport, I was idly thinking about what to do about lunch when I saw a “Brewery Ahead!” sign. Â My interest piqued, I was surprised to see that the Gazos Creek gas station is now neighbor to the Highway 1 Brewing Company! Â Holy crap! Â That is made of awesome. Â Of course I stopped. 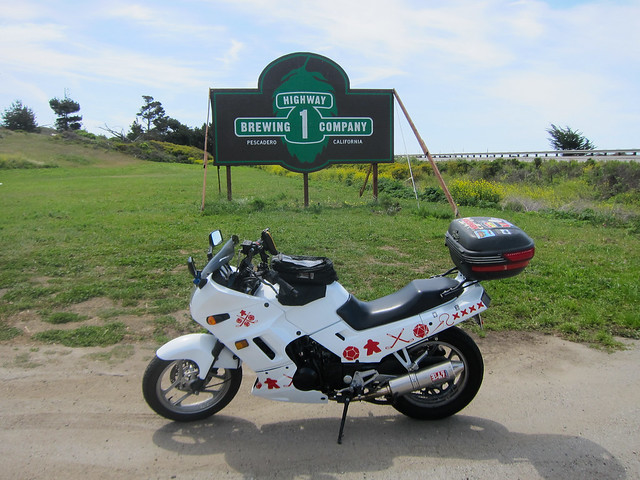 I had a big cup of their homemade potato leek soup and bread, plus a free 1 oz sample of their Rock Queen pale ale and the seasonal hefeweizen. Â Everything was great and I will definitely be back. Â Now I’ll have a hard time on coastal rides trying to decide between Cameron’s, Duarte’s, and Highway 1 Brewing Company. Â Verily, my life is rough. 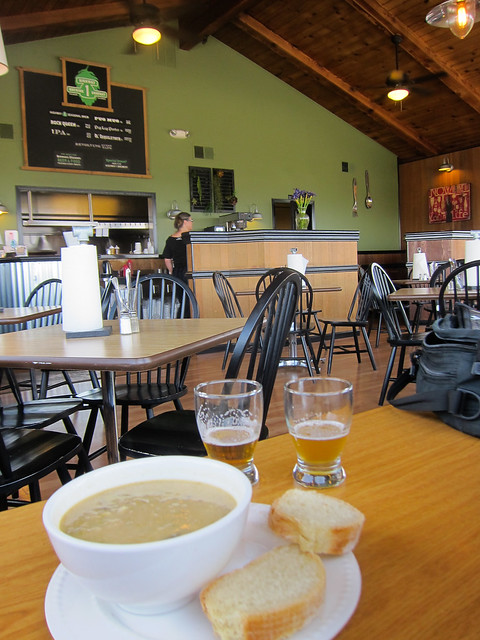 The fog wall visible over the ocean and Pigeon Point Lighthouse: 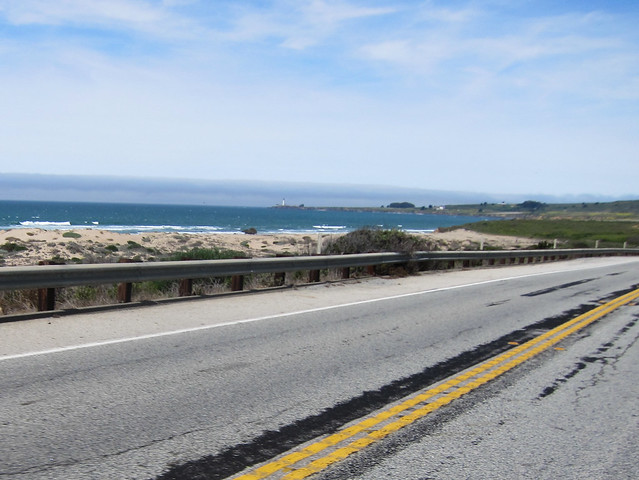 I headed inland on Gazos Creek Road, thenÂ Cloverdale Road (I’m not honestly sure which portion of the road I took this photo on). Â I had my usual postpartum unease about narrow roads — something about birthing babies makes me utterly convinced that a pickup truck is going to come around a tight corner at 50 mph and splat me — but these roads are gorgeous nonetheless. 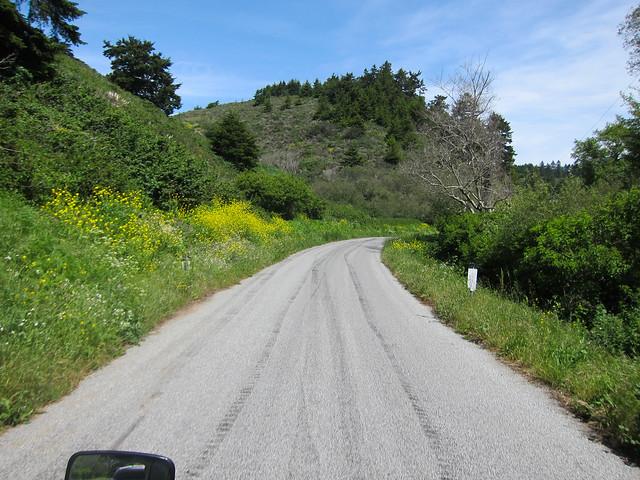 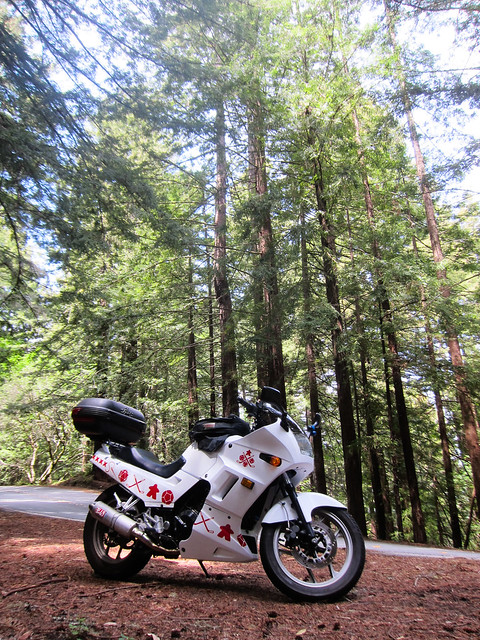 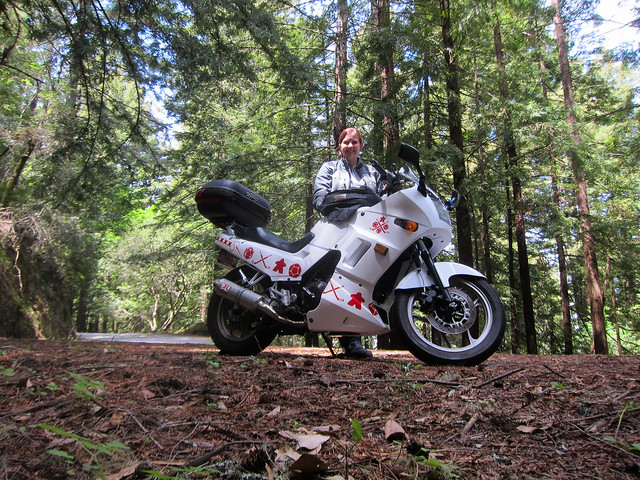 ….and then it was back into civilization to swing by Gator Games to pick up a game I’d ordered that arrived in stock. 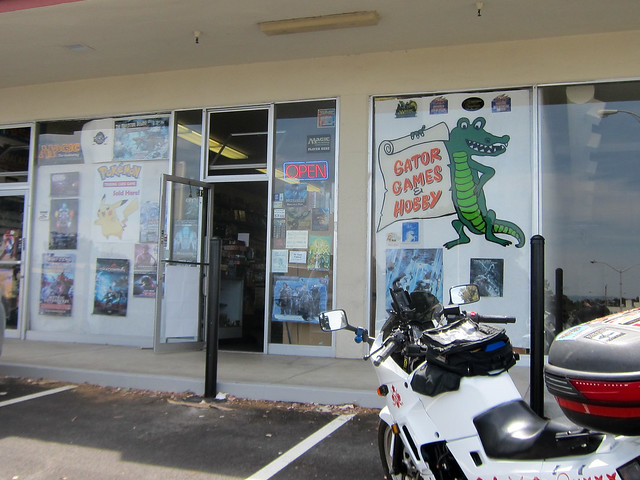 Self-portrait at the game store: 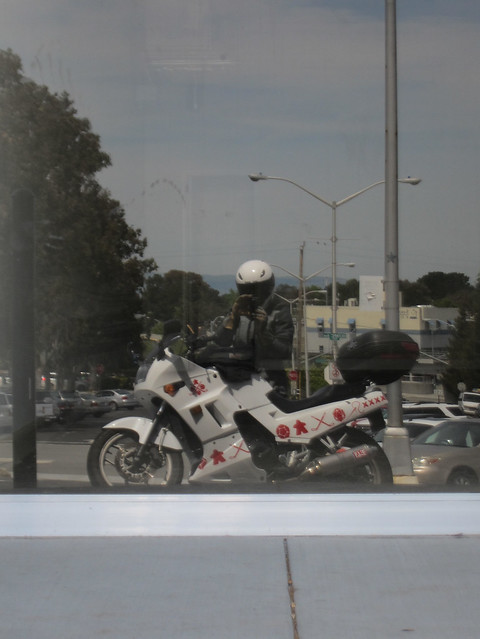 Next it was off to a pedicure, which I didn’t photograph, and then a long jaunt at the Ale Arsenal to let the pedicure dry and do this blog post. Â Yes sir, it’s a rough life. 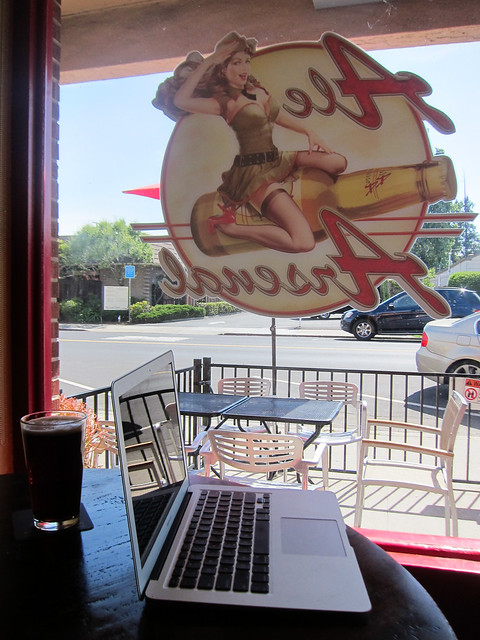 I had thought I was doing OK with no days off until I took a day off. Â Now I’m pretty much convinced to start Alex at daycare one day per week. Â I won’t always take motorcycles rides (sometimes I’ll do exciting and decadent adventures like….going to the dentist alone! Â *clutches pearls*) but I need the time to feel like a human again instead of just a harried mom. Â But that’s more for the “mom motorcycling” categories and thus another blog entry.

On that note, I need to leave the Arsenal and head home to shower and get ready to go out to dinner with Peter. Â Hooray for birthday day! 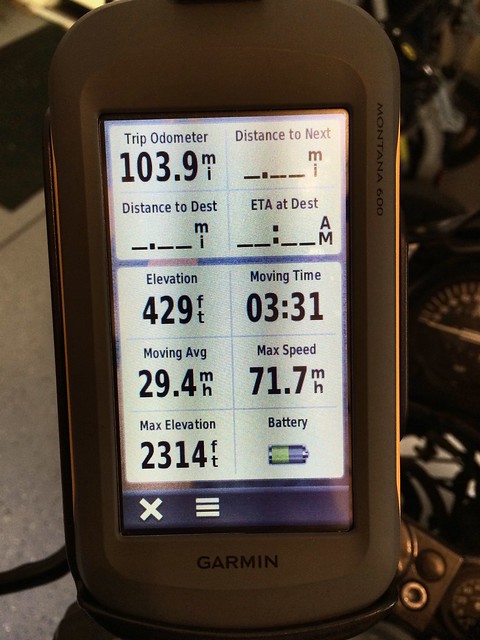 3 Responses to OMG a day off, happy birthday to me!